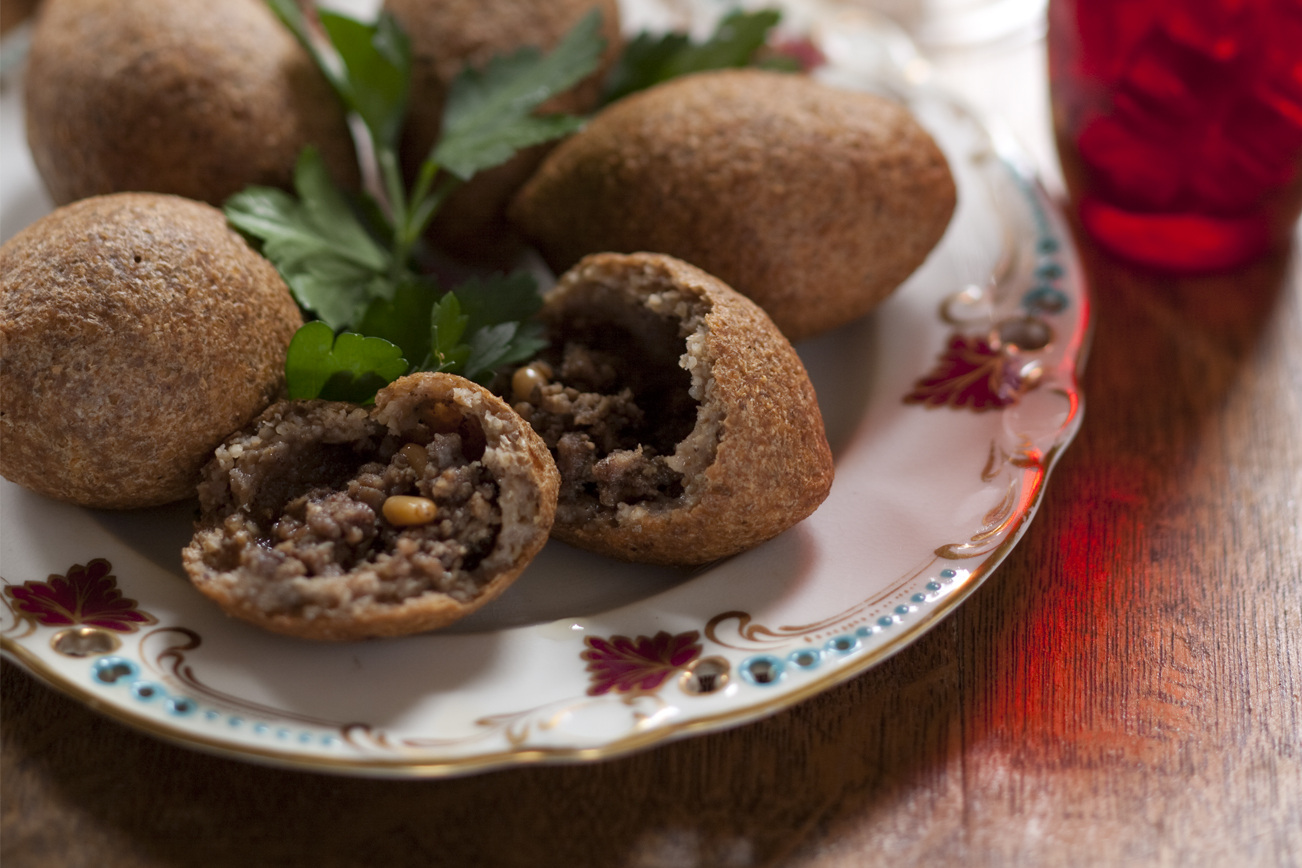 Abla Amad was born in Lebanon and arrived in Australia in 1954 at the age of nineteen. In 1979 at the urging of friends and family she opened Abla’s, a restaurant that has become a Melbourne institution. Ever since it opened, diners have returned time and again to experience her special brand of traditional, homemade Lebanese food. For Abla it is a cuisine that can only be made from the heart – that’s why she is widely regarded as ‘the queen of Lebanese cooking’.

Abla’s Lebanese Kitchen brings together one hundred authentic Lebanese recipes that have been handed down from one generation to the next. It is a culinary journey on which your family

and friends can experience all the colour, energy and tradition of this ancient Middle Eastern cuisine, with time-honoured dishes such as kibbee, tabouleh, vine leaves, kafta and Abla’s famous chicken and rice – an aromatic meal of chicken flavoured with spices and almonds. First published in 2001 as The Lebanese Kitchen, this completely revised and updated edition is rich in detail, sumptuously photographed and beautifully designed. Abla’s Lebanese Kitchen is a treasure trove for anyone wanting to experience the joys of authentic Lebanese food at home.

Abla Amad was born on 7 March 1935, in a village in North Lebanon called Ksaryachit. As a seventeen year old, she travelled to Australia in May 1954 to visit her brother George and her uncle Joe, who had emigrated years before. Here she stayed and met the man who was to become her husband, John Amad, an Australian-born Lebanese.

At their wedding, Abla was given away by Australia’s first Minister for Immigration, Arthur Calwell, a good friend of her uncle. John and Abla moved to Gardenvale where their son John and daughter Patricia were born. After a few years, the family then moved to Carlton, where Abla has lived and worked ever since. She also had three more children – Paul, Mark and Margaret-Anne.

For Abla, it is ironic that she started to cook traditional Lebanese cuisine not in Lebanon where she grew up, but in Australia under the auspice of her uncle Joe. “He was a fantastic cook,” says Abla, “and I always loved to entertain, and so my uncle and I would gather Lebanese and Australians friends together for dinners, parties, lunches, picnics, any sort of social occasion.”

Abla also learnt a great deal from a group of Lebanese women, which included her mother-in-law, whom she calls ‘aunties’ out of endearment. The Lebanese community in Melbourne at that time was small and close-knit, and it was not uncommon for these women to meet in each other’s homes. To join them in the kitchen was a way of handing down recipes from one generation to the next, and because they had come from all parts of Lebanon, not only was Abla able to pick up regional specialities, she came to understand regional differences of Lebanese cuisine.

Then, in the early 1970s in particular, as the Lebanese community was steadily growing, many young Lebanese men arrived in Melbourne ahead of their families. Ritualistically, the late Monsignor Paul Khouri would have Abla invite a group of them after Sunday church to eat at her table. In Lebanese culture even the arrival of an unexpected visitor heralds the occasion to ‘break bread’. The generous disposition of the Lebanese should never be underestimated, for as Abla explains, “When someone is in your house, they are your family.”

It is this same unmistakeable warmth in sharing her food that Abla brought to the restaurant she started more than twenty-five years ago.

Abla’s Restaurant opened in 1979, in the same location it is today – Carlton’s Elgin Street. It began as an idea urged upon her by family and friends who for many years had witnessed Ablas prowess in the kitchen grow and spread out into the community. “It is still a simple and humble place”, says Abla, “but also very popular.” Today, as then, her grace and generosity is undiminished, which is why on any given night the restaurant is full, and why customers return regularly for her wonderful cooking and the special warmth which characterises every meal.

Epicure and Good Food Guide of The Age, The SBS Eating Guide, and Vogue Entertaining consistently single out Abla’s Restaurant as a place to taste the finest Lebanese cuisine. Many a food critic – the late Mietta O’Donnell, Stephen Downes, Terry Durack, Jill Dupliex, Joanna Savill, Claude Forrell, John Lethlean and many others – have sung Abla’s praises, and amid the chorus are her peers, professional chefs of the calibre of Greg Malouf and Michael Bacash. 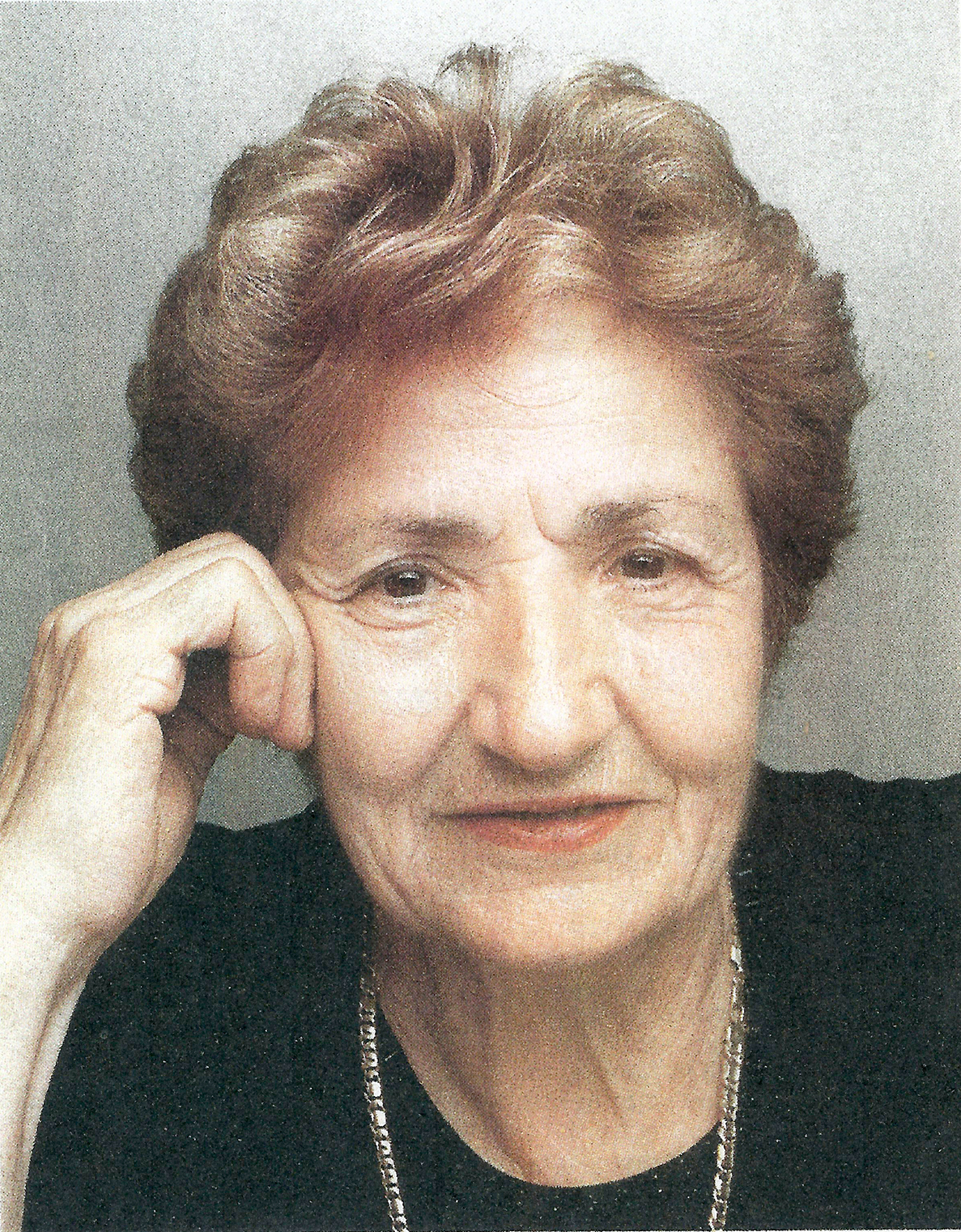 Moreover, Alba is regularly called upon to contribute to cooking publications, to make live appearances and conduct cooking classes, and to do television. She has appeared on What’s Cooking? hosted by Geoff Janz, on the popular SBS cooking series, A Food Lover’s Guide to Australia, and she was featured on Jacques Reymond’s Secret Recipes, which was aired on the ABC.

In 2001, Abla reached a milestone; she published her first cookbook, The Lebanese Kitchen, which was launched by then Governor of Victoria, the Hon. John Landy.

Abla is a woman who has not once forgotten her Lebanese background, while at the same time she wholeheartedly embraces and loves her adopted country “Anything you do with love, you can never do wrong,” are words Abla lives by. Cooking and sharing have always been her passion and that is why not only is she a consummate chef, she is an inspirational woman.